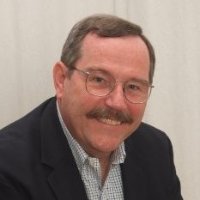 Scott Braley’s professional background combines consulting/training and private practice experience. These two facets overlapped until 1997 when he made the decision to devote full time to his consulting and training work.

His career also includes 29+ years of full-time A/E/C practice, serving in firms ranging in size form 6 to 3,000 staff members. During his A/E and CM/PM practice career, he guided success in key leadership roles at the enterprise, group/office and project levels. He served as Managing Principal in an international A/E/C firm that ranked among the ENR “Top 20” and the World Architecture “Top 40.”

Braley is recognized as a highly accomplished project leader. Scott played a significant role in the development of the innovative “Bridging Method,” and he is skilled in a variety of traditional and alternative delivery methodologies – including integrated design and delivery in its various forms. During the private practice facet of his A/E/C career, he personally managed projects, both domestically and internationally, that represent more than $1.9 billion in built/in-place construction. Moreover, his projects were recognized by 10 AIA design awards, as well as other industry/trade and client organization recognitions.

Among other notable personal recognitions and citations, he was awarded the Engineering News Record “Medal of Excellence” for making significant marks in the design and construction industry. He was elevated to Fellow by both the AIA (USA) and the RSA (UK).

Widely published and recognized, Scott is a frequent invited speaker/presenter at the A/E/C industry’s major national and international professional/trade conventions. Braley earned a professional degree and an MBA.